Over the weekend, I took my two oldest kids to the Serpent Mound in Peebles, Ohio.  The structure is set on a hillside above a 5 mile diameter meteorite crater that struck approximately 300 million years ago.  The mound itself is thousands of years old.  It is believed that it is intended to depict the constellation Draco, which is situated between Ursa Major and Ursa Minor (Big and Little Bear, or Dippers).  You cannot take a photo of the entire mound at once, even from a very tall observation tower.  It is a coiled serpent, where at the head it is about to swallow an egg.  Each part of the mound lines up with various celestial events throughout the year. 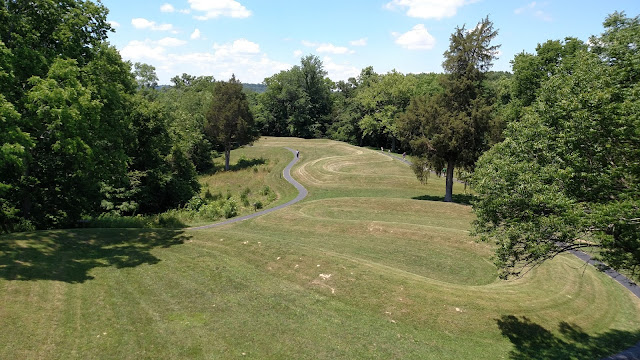 I tend to take an esoteric view of places such as this.  I personally feel there is intrinsic power in these sites, and that is why the ancients built things such as mounds, pyramids and other structures/glyphs in these locations.

I have heard people locally say there is nothing to do where we live.  Nothing is further from the truth.  There are over 300 mounds in Ohio (and there used to be thousands).  The ancient structures are a fascinating and renewing resource that you owe to yourself to visit. 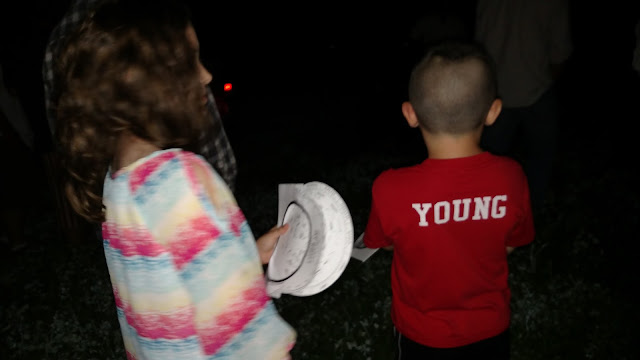 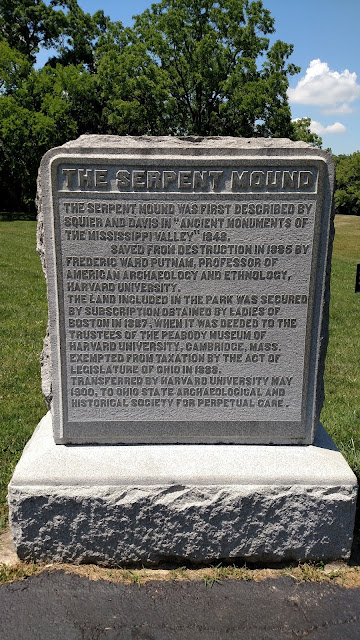 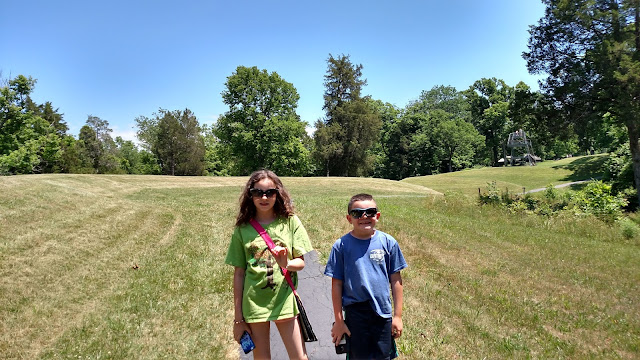 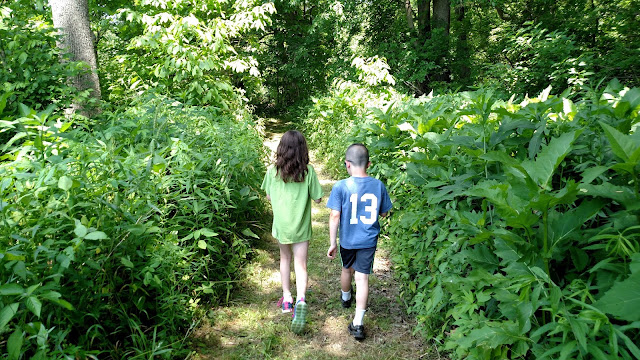 I walked away from this trip changed in some way.  I think my kids did also.  The conversation on the way home wasn't about video games, soccer, what to eat, etc.  It was about what we had just experienced.  My own problems faded as I realized what we had seen was much older than us, that many generations have passed and yet, this effigy still remains, to tell us a story of the past.  Perhaps of the present and future.

There was no whining about never having been to Disney, or about things that they perceive that they don't have.  Both were talking about what they wanted to do when we go back.

I am thankful that I can share this with my kids.  So much time is wasted watching TV, playing video games, doing nothing.  Time, unfortunately, is something we can't get back.  I intend to take advantage of that which I have.
Posted by Unknown at 9:56:00 AM No comments:

Yesterday, had a great workout in my basement. Last night we built a fire in the back yard. I lay on my back and felt the majesty of the earth and sky.

Last night was the first night in about a year that I didn't take sleep meds.

I woke up this morning and went to sunrise yoga on the waterfront. Felt the breeze from the river touch my face. Allowed the air to fill my lungs. Allowed myself to be present there with my own thoughts rather than all of those around me.

I don't want to mislead anyone into thinking that stem cell therapy is a quick fix to anything. In fact, with this and with any other cure you seek, you must be willing to meet it half way. The healer ultimately is you.   What it did for me was allow me to awaken. And take a path , rather than sit on a bench and watch others walk on past.

When we feel all aspects of ourselves, our true being, our true potential may be reached. 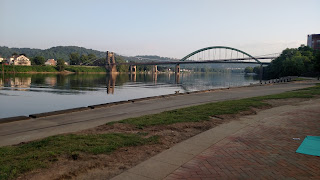 When I decided to go through Regenexx Stem Cell therapy, I looked forward to walking again, maybe playing soccer with the kids, but had already given up on activities I used to do that involved bouncing.

Today was a landmark day for me.  To go from using a cane just 4 months ago, to BOX JUMPS!!!!

I wonder what else I will get back?  I really miss doing double unders (where you jump rope two passes at a time).  For today I am all smiles.
Posted by Unknown at 7:00:00 PM No comments:

I wanted to post an update about my health.  I am now a little over 3 months after the Regenexx procedure.  I am now able to sit back on my heels in a squat position: 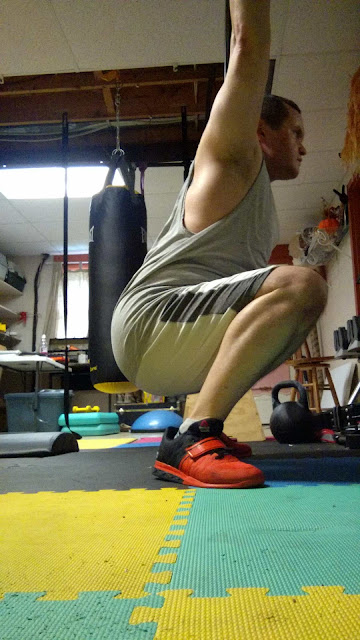 3 months ago, I could barely walk, and only with the aid of a cane.

I am doing things I had assumed were gone forever.  Slowly losing weight (right now, about 8 lbs less than I was 3 months ago) 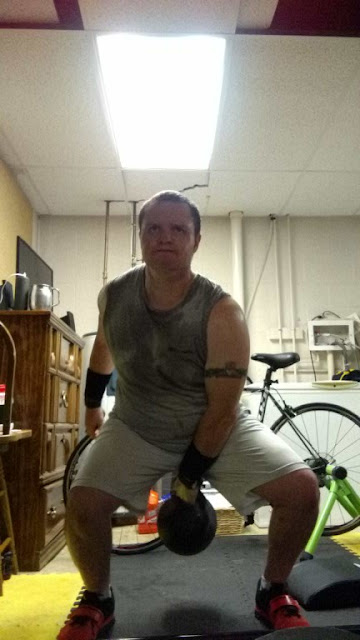 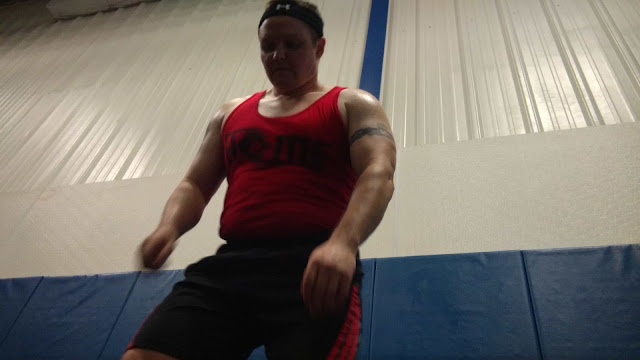 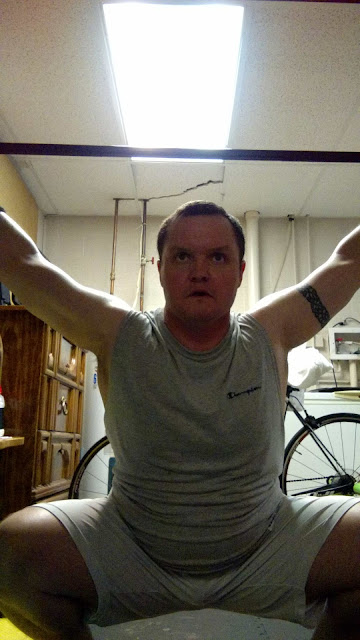 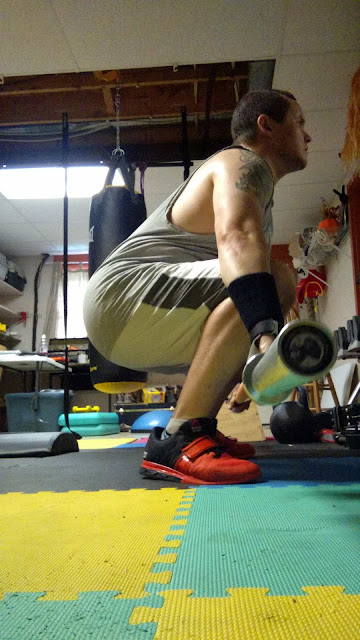 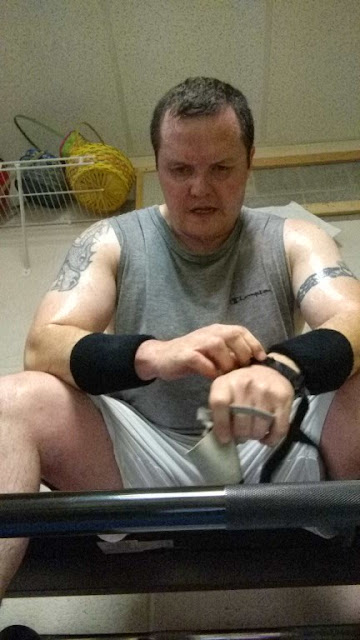